BE INTERNATIONAL WITH DRI FACENS

We work to create opportunities for active internationalization on and off campus, knowledge generation and leadership formation in a global context. 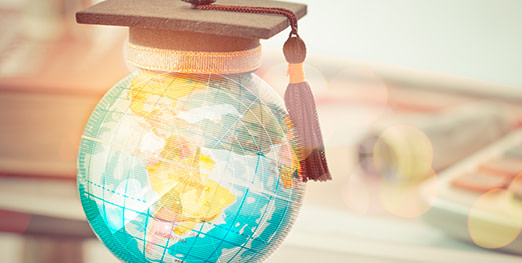 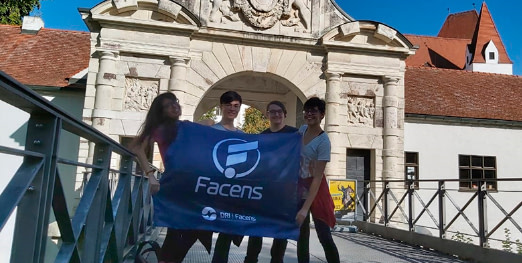 Knowledge and leadership generation in a global context

Since 2015, the DRI – International Relations Office of Facens – has been responsible for providing to Facens community opportunities for active internationalization on and off campus, knowledge generation and leadership formation in a global context. Our international partnerships are signed with renowned institutions in Asia, America and Europe.

Facens University is located in the city of Sorocaba, founded in 1654 and since then it is in a constant process of expansion. With more than 650 thousand inhabitants, it is a city with flavor of the countryside, but with the modernity of the big city. It performs an important historical role in the state and country, being a fundamental part in the colonial period of the Bandeirantes, with the movement of the mineral economy, and Tropeirismo, an activity of interconnection of the Brazilian economic poles. Later, it stood out in industrial development, being known at that time as “Manchester Paulista”.

Sorocaba has several squares, parks, museums and bike paths with many historical and cultural attractions. It is also the seat of a Metropolitan Region, being the most industrialized city in the state. The proximity of the state capital, São Paulo, benefited the creation of a large industrial park, with dozens of multinational companies from various sectors.

Furthermore, it counts with Parque Tecnológico de Sorocaba, which aims to disseminate the culture of innovation and entrepreneurship for sustainable development in Sorocaba and the region through the articulation between the government, higher education institutions and business and industrial sector, accelerating the transformation of knowledge into wealth.

Strategically positioned, Facens is close to this industrial hub of national, international and multinational companies, many of which are partners of the institution, further enriching the experience of its students.
SOURCE: City Hall of Sorocaba

"The conclusion of my degree/graduation would not be the same without studying at Facens through my mobility program. I am eternally grateful for this opportunity. Don’t miss this same opportunity to get to know this university, what it has to offer to its students and the beautiful Brazilian culture."

"The experience was undoubtedly positive, providing an immeasurable personal and professional growth. Undoubtely, I would recommend Facens as an international exchange destination, as I have already recommended before. Studying at Facens is to be cheerful every day."

"I believe in education as a social transformation mechanism. Besides that, there is nothing better than internationalization to give us the opportunity to get to know new technologies, new constructive systems, new public policies and new cultures."

"Studying abroad made me mature as a person, made me to accept people with their cultural diversity, broaden my mind helping me to decide what I want to do after university. It also gave me an opportunity to complement my engineering studies and friends from all over the world and made me able to travel and face challenges whether personal or professional"